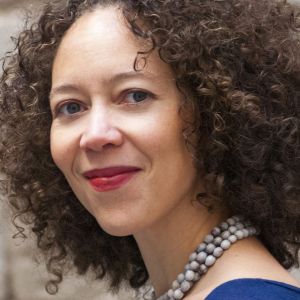 Can you define “Soft Power” for us?

Soft power is a term coined by the political scientist Joseph Nye in the early 1990s to refer to the influence that one country has over another country through inspiring people to want what it wants by using persuasion, agenda setting, and attraction. Its opposite would be military power. We have applied the term to both museums and cities, which by necessity starts to change the definition of “soft power.”

The big issues of our time, such as migration, climate change, and inequality, happen in cities. Throughout the world city governments are tackling these issues at a local level. Our thesis is that cities are now at the epicenter of soft power, and museums have a role to play, in terms of how this soft power is wielded.

Local influence is sensitive to accusations of propaganda or manipulation. To influence at a local level requires a great deal of credibility and moral authority.

If museums influence by virtue of their credibility and moral authority, does that mean that the role of museums is to persuade people to act in a certain way?

I am referring to the work of gaining people’s belief and trust. You can’t influence someone who doesn’t believe you should exist. Museums and cities are only influential if the people they seek to influence believe in them. For example, people of color are very skeptical around museums. In that case museums don’t have moral authority – there is no influence without that trust.

How do museums gain this moral authority?

By acting transparently, by engaging with the public, and by reflecting the values of the people they want to engage with. The third less broadly than the first two.

You say that museums gain moral authority in part by engaging with the public. There are a variety of levels of engagement. People might know about museums. They might visit museums. Or they might believe that museums are important to them and to their communities.

Visitor numbers are not an indication of soft power. Soft power is about influence and impact, not attracting people to visit museums, or numbers of visitors to an exhibit. It is about museums’ role in civil society – for example, through partnerships, research dissemination, outreach, the advertising footprint, the diversity of staff.

One does lead to the other, because if you think that something is important and it will add value to your life you will go visit it, all else (admissions fees, geographical accessibility, etc.) being equal.

It is difficult for me to extricate visitorship from influence. Take, for example, the cultural outreach program of my museum, the Peoria PlayHouse. We have an Americorps member starting in this week in the position of Outreach Coordinator. Her job will be, in part, to invite groups to share traditions and cultures that might be unfamiliar to many Peorians through celebrations, demonstrations, and workshops in the museum. But these activities can only influence people if they come to the PlayHouse.

Who are you trying to influence? Working with communities means you are developing a relationship with those communities. That is a really powerful form of soft power, because often museums talk about people but not with people. This is an example of sharing curatorial authority with new people. But whether you are then able to attract broader circles of people, that depends on what comes out of that relationship.

Gail Lord is giving a speech this week at the Hands On! Conference in Amsterdam, about soft power in children’s museums. Even in children’s museums, sharing curatorial authority can be problematic, as can asking people what could or should change. It’s extremely hard for museums to share authority, but we would argue that that is really important to a museum’s ability to have soft power.

Say your children’s museum wants to develop intercultural understanding within your community, and your strategy is to work with local communities to better reflect them. Your first concentric circle of influence is with people you work with. The second concentric circle is visitors. If you want to influence a broader selection of people, you need to figure that out. It’s a game of influence and credibility, not numbers.

Intercultural understanding is a whole book unto itself. But importantly, just because a whole lot of people see your exhibit doesn’t mean you are influencing them.

In your introduction to your book, you suggest that museums are places that present the leading ideas of the times. What is the relationship between museums as idea leaders and museum collections? Does the museum collection matter in the 21st century museum? If not, what makes a museum a museum?

I would say how the collection is framed is the source of power. I can think of tons of amazing exhibits from small museums. For example, The Foundling Museum in London is sited within the Foundling Hospital, founded in the 18th century as an orphanage. This museum is asking questions about how the women in its art collection are depicted or reflected through different historical eras.

The Museum of Copenhagen has taken its collections related to the city, and is trying to use it to connect to issues such as comparing migrants to Copenhagen now to migrants 100 years ago.

The David Livingstone Centre, in Scotland, houses a collection related to the life and times of explorer David Livingstone. As part of the master planning process which they are currently undergoing, they are thinking about how they can reposition the Centre to tell a story more relevant to the audience – about colonialism, Africa, and adventure; about how Livingstone’s curiosity was fostered, and how that skill can help people today.

So many museums have really presented new and amazing ideas just by showing collections in a new light.

The Beany Museum transformed itself and its relationship with its community through a novel project called the “Paper Apothecary,” in which artists worked with school children and community groups to offer “cultural treatments” to make visitors feel happier.

I just want to reiterate that it’s really about museums recognizing that they are Civil Society institutions with a role to play in the communities in which they operate – not above or beyond it. And that is true for tiny, medium and huge museums. Somehow we see museums as being outside of context, outside of time and place. And what we are trying to do is show that they are firmly rooted in the place in which they are, and they have a responsibility to recognize that.

2 thoughts on “How do museums in small cities gain and wield soft power? Interview with Ngaire Blankenberg”