There’s a cult of failure these days. A google search for “failure” brings up articles like “Why success always starts with failure” and the New York Times article “On campus, failure is on the syllabus.” In fact, failure is so in vogue that there is now a museum dedicated to it.

Failure is hot in museums, too. The 2017 AAM Annual Meeting featured a session entitled “Failing Forward: Prototyping, Mistakes and What We Learned.” The most recent ASTC conference included the session “Demo Fail! Learn from Our Mistakes.” And failure is one of the trends identified by Elizabeth Merritt as critical to forecasting the future in Trendswatch 2017. 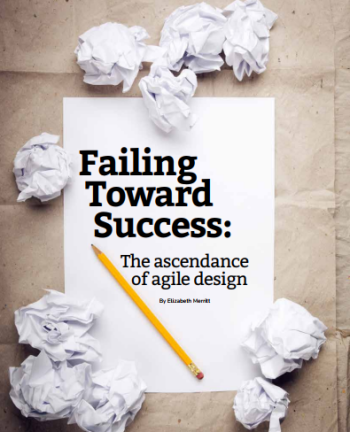 But the cult of failure – and specifically, the understanding of failure as useful and critical to success – is highly problematic, particularly when applied to museum work. Here are some reasons why:

Before labeling something a failure, you need to define success. Often museums assign failure based on the number of visitors who participate. A program that has 5 people attend, when it had a capacity for 100, is likely considered a failure. But is this a programmatic failure or a marketing failure? What did the program achieve for the 5 attendees? What might it have achieved for 100? In order to learn from failure, we first need clearer ideas about what success looks like, and how to get there. This is complicated because it requires us to set goals that are difficult both to achieve and to measure. For example, we like to talk about children’s museums as spaces in which young visitors learn. With this in mind failure should be defined not by number of visitors, but by whether or not children are actually learning in this space. But when we create the exhibit, we rarely invest the resources to measure this type of success. In an art museum this is even more complicated: do we define success as about learning? About individually meaningful experiences with specific works of art?

Without knowing how we define success, how could we possibly know when we have failed?

The cult of failure comes to us from tech start ups, which are more nimble than museums. Learning from failure requires repeated trial and error. This is why people talk about “failing fast” – do something, fail, and try again. In the tech world there are whole management systems built up around the idea of incremental improvement through, in part, trial and error. But changing lines of code is very different from making changes to an exhibit or a program. Exhibits, and exhibit prototypes, require a huge amount of work, often starting with significant academic research. Programs are less labor-intensive, but even a new program requires a fair amount of planning. 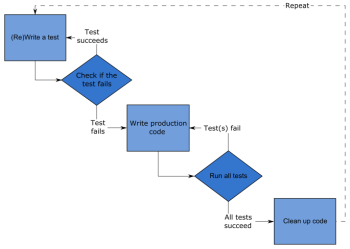 “A quick overview of the Test-driven development lifecycle” from Wikimedia commons.

Merritt cites IMLS’s Sparks! Ignition Grants as examples of rapid prototyping, but a look at the list of past grant winners shows that development of these projects is far from rapid. Merritt also mentions the San Francisco Opera’s Barely Opera program – an inspiring experiment that I would like to know more about, but one more relevant to design thinking than failure, since after a brief formative evaluation, the program was a huge success.

Most failures don’t lead to successes, they just waste resources. The cult of failure is predicated on the idea that failure breeds success. But according to Forbes, 90% of startups fail. I recently heard the story of a man who created three startups over the past decade, all funded by venture capitalists, all failures. What does he have to show for his past decade of work?

Artist Ernesto Pujol wrote a critique of the cult of failure in art schools, published in the Brooklyn Rail. Although not about museums, his concerns are relevant to museums that serve (or intend to serve) diverse groups of real individuals:

Entitlement to creative failure is part of America’s exceptionalist fantasy about its undeniable right to abundance and waste, even when this includes people. But the world’s poor cannot afford to fail. Far beyond the art world, in the real world, failure is the privilege of the rich. That is why we have a president in the White House who has made a successful career out of regularly filing for bankruptcy. Material and moral bankruptcy of creative and prosaic projects is the privilege of a capitalist aristocracy. But when artists are entrusted with the well-being of communities, ethically speaking, they cannot afford to fail them. Real failure is not a project option….

American art administrators must remain vigilant of the young artists they fund precisely because they may be applying for their first road projects within a diverse, impoverished society with an increasingly fragile democracy.

When programs fail, who are we failing? What resources are we wasting?

When we talk about failure, we are really talking about successes. Elizabeth Merritt suggests that we all “Join the growing number of museums willing to share their failures, as well as what they learned from these “unsuccessful” experiments, in public forums—in print, on blogs, or in conference sessions.” In my experience, however, museum professionals are usually sharing “failures” as stepping stones to specific successes – they are sharing success stories masquerading as failures.

It would be more useful to compile programs that worked and didn’t by category, and then look for indicators of what made one program successful, and another a failure. Essentially, to include failures in field-wide research. As Merritt notes earlier in TrendsWatch, not sharing failed experiments holds back scientific research and understanding.  But to do this would not only take a tremendous amount of work, it would, again, require a shared idea of success, as well as a significant research budget.

So how should we think about “failure”? Rather than placing a value on failure in and of itself, we should:

4 thoughts on “Is Failure Useful?”